The SHEVITSA Foundation* (*the word shevitsa in Bulgarian means embroidery) aims to preserve and promote Bulgarian folklore and the traditional lifestyle in terms of clothing, customs, and dances, and songs. Their work focuses on the establishment and support of Bulgarian folklore communities within Bulgaria and abroad to contribute to significant public affairs of national importance that haveto do with traditional dance, song, and music folklore beyond the borders of Bulgaria.The Flagship of the foundation is its ensemble SHEVITSA, whose repertoire includes performances by famous Bulgarian choreographers, as well as their resident choreographer, director, and inspirer Petar Angelov. Besides, the foundation initiated the School for Folk Dances SHEVITSA, the Children’s and Youth Ensemble SHEVITSA, the Female Folk Choir SHEVITSA, and the orchestra SHEVITSA.Numerous performances, concerts, and tours in Bulgaria, Romania, Italiy, South Korea, and Indonesia also led the yearly Christmas charity concert named “Sparkles of Light with Shevitsa” to benefit abandoned temples without guardianship. The renovated churches revived the interest in the villages, which increased the flow of tourists and led to new initiatives in the surrounding areas.In their practices, the foundation and its dancers embody patriotism and respect for the Bulgarian cultural heritage, wholeheartedly following their passion by promoting the beautiful dance folkloreof Bulgaria, giving back through charity events and representingBulgaria inside and outside its borders through different dance performances and tours. 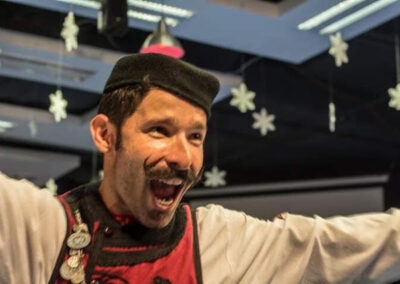 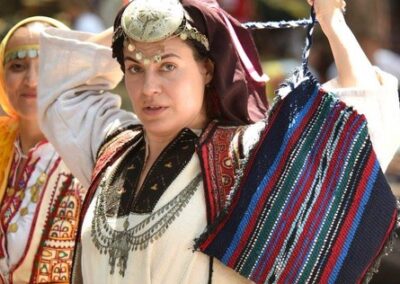